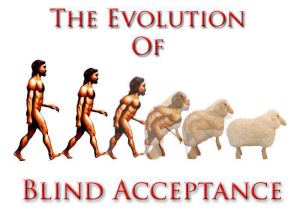 (Thelonious Monk and Sonny Rollins; Trash Talk Collective’s Awake; Tim Hecker’s Dropped Pianos; a Made for Vancouver day; Thoreau’s Walden, Kaczynski’s Technological Slavery.) It’s an odd thing when work gets in the way of actual intellectual pursuit. However, that is the nature of being an academic (even one who is ‘unemployed’). Papers have been refereed (and are thus in need of revision) and I have a proposal to finish – not to mention lecture notes and syllabi for as-yet non-existent classes.

And yet, I can’t help but think of a paper I am desperate to write. From the perspective of Nietzsche’s critique of the modern university (and educational system in general) I want to address the nature of contemporary anthropology. But, I want to do so within a double review essay of Thoreau’s Walden and Ted Kaczynski’s essay “The System’s Neatest Trick”.

Beginning with Thoreau one need only flesh-out his critique of modern economic man; especially the miles of wisdom contained in the seemingly simple sentence, “There are nowadays professors of philosophy but not philosophers”. This line comes toward the end of the Economy section, in which HDT lambasts the lack of spirit to be found in the modern worker. This lack manifests itself in a search for luxury that, in further enfeebling man, weakens the species as well. I am well reminded of the idiocies passing for wisdom in the wake of Steve Jobs’ recent death – my favorite of which was posted on Twitter: the future seemed less intimidating when Steve Jobs was around. (I’m not sure how many ipods it takes to give that much meaning to life. I’d bet that Zarathustra, Homer, and … basta così have far more to offer than another technological marvel.) This type of idiocy is the subject of Nietzsche’s On the Future of our Educational Institutions. In these lectures he wonders aloud how we have come to a universal system of mediocritizing and squashing the potential for wisdom, genius, and inspiration, from a Greco-Roman tradition that educated precisely for culture and wisdom.

His answers bring us close to Kaczynski, for both of them – along with Thoreau – point to the relationship between the modern state and the academic. What makes Kaczynski’s essay so much fun is that he uses anthropology as its paradigm of intellectual laziness and mediocrity. Anthropology, he says, presents itself as “iconoclastic” in its challenge of the assumptions of modern Western society. His too simple but perfect rebuttal: “This is so far contrary to the truth that it would be funny if it weren’t so pathetic”. American anthropology is completely subservient to the interests of the state. What we challenge, he says, are actually outmoded forms of thought and representation that offer no contemporary harm. This form of challenge is useful only in presenting the values of the moment – multiculturalism, American political liberalism, extreme openness to the rights of any group for equal access to civil rights and bourgeois status, and an aversion to violence – as universal, inevitable, and valuable to the species. Anyone seriously studying the right, fascism, or political violence knows the difficulty of finding ears for their words. Paul Furlong, recent author of a lovely synopsis of the political thought of Julius Evola (Routledge 2011), admitted to me in conversation that he was prepared to have his career ruined over a book that needed to be written if we are to understand the popular New Right in Southern Europe. The academy, instead, choses to act as if any critique of the globalizing liberal system is an act of mindless terrorists we are better off ignoring.

Taken a step further, Kaczynski argues that the intellectual and ideological servitude of the elites serves the purpose of squashing rebellion among our charges. It has long been claimed (see Schmitt, Agamben, Deleuze, and Foucault for starters) that the liberal state offers hundreds of salves against true revolt by presenting harmless but spectacular causes with which to occupy our time and frustrated intellects. And this is without mentioning the effects of materialism (what Sylvia Wynter calls “material redemption”) and the leisure/spectacle industry on the direction taken by our life’s energy. Which leads us finally back to HDT. In these terms Walden can be read as a Nietzschean attack on the modern truths of opinion, comfort, leisure, and general meekness. As HDT says, “Most of the luxuries and many of the so-called comforts of life are not only not indispensable, but positive hindrances to the elevation of mankind”. For what he saw in Concord, Nietzsche saw as evidence that modernity was going to turn out very badly for the human. And Kaczynski lays part of the blame squarely at the feet of anthropology; at our feet then.