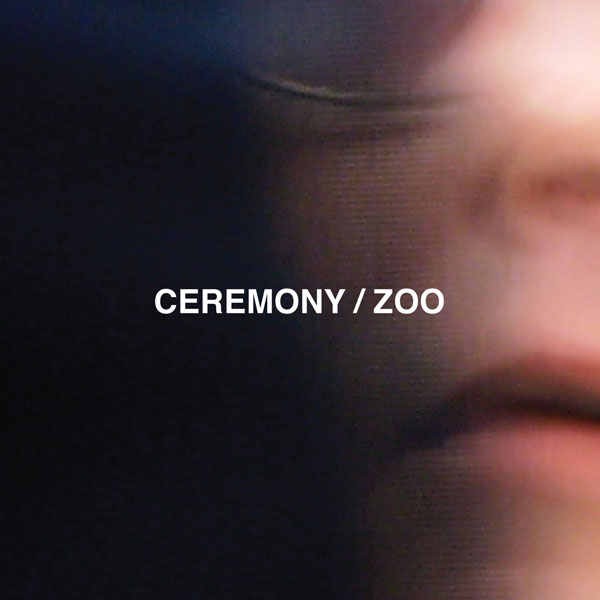 I embraced hardcore music in 2008. After having lived amongst Romans, Ultras, skinheads, and fascists for more than year, a return to normal/bourgeois/American life was simply not possible. Even for my wife such a return was impossible. (Anyone who dissuades you from having your spouse in the field is misleading you. Of course, my wife is all anyone could ask for in another person, so my experience could have been singular.) We settled back in and, after about 10 minutes in front of the TV, both agreed that we were bored to death. The food here was always terrible but now it was worse. TV had always been a waste of time at best but now it reeked of mediocrity and enslavement. Similarly, sports we had enjoyed now seemed like mere tools for advertisers to peddle their wares. Indeed, life seemed like a shell of what we’d experienced in Roma. In preparing to write my dissertation I poured through my fieldnotes, selecting the pieces that were usable. In doing so, however, I was overwhelmed by their energy and passion. They spoke without question or pity of a world I no longer inhabited or could even imagine. They spoke of danger, aggression, violence, great joy and frustration, quality, brotherhood, and of life stripped of its bourgeois inclinations – truly devoid of economic motive.

I had always listened to odd music. From the time I discovered drum and bass, it, and other forms of electronic music from Warp to Mille Plateaux, had become a normal part of my existence and theoretical arsenal. It’s amazing how helpful clicks and cuts can be to someone learning and mastering poststructural theory. The depersonalization demanded by the theory (and form of life) is perfectly embodied in the non-music music. This form of music has a strong rapport with theory anyway, being created and distributed by Deleuzian artists and thinkers who have gone so far as to explain their creations in the terms of the late-French philosopher at conferences and in academic papers. This music and theory had a great affect on me, training me to understand music not in terms of aesthetics, genres, or the great American ‘art v. commerce’ debate, but instead in terms of affect – what the music DOES to us – and ambience – how it relates to non-musical (disorganized) sound.

However, in my post-Roman state, musical and intellectual depersonalization felt less radical than nihilistic. They seemed the perfect accompaniment to a “flight from life,” as Nietzsche would say. Of course, in the time since Deleuze’s initial impact on my understanding of music (and the production and containment of human energy) and my return from Roma, Nietzsche had become my primary intellectual and cultural influence. Now I understood depersonalization as symptom of a cultural system that devalues the highest of values – those that elevate the conditions of existence to the (aristocratic) level of culture and civilization – for the sake of weakness, degeneration, and life reduced to an economic function.

Thus I began my search for a more Nietzschean music, music that was not sick and designed to placate a consuming mob. I needed a music that matched the aggression and violent refusal to be bourgeois that I encountered and embraced in Roma. I had nothing in my vast collection. As an American it is impossible not to consume. I try to pretend that what is being consumed somehow marks one as different, but that is just a holdover from the vestiges of the bourgeois form of life flowing through my body. Capitalism does not care what we consume as long as we consume something. As long as our desire is created and sated by capitalism, our life flows in perfect harmony with the American world around us. And not just our own; this is why everything that is or ever was has now been reduced to a commodity – life defined by a corporate marketing team. I had plenty of fast and aggressive music. I had metal, the aforementioned drum and bass, and a host of “subgenres” of techno. I had Venetian Snares, Squarepusher, Metallica, and Tool. Nothing did the job. I turned to death metal and then to math metal. I found Meshuggah, which got the dissertation started, anyway. Their precision and philosophical pretensions felt familiar to me. They felt comfortable. That was a problem. I needed music that was made with no thought of consumption. I needed music made more from anger than intellect. Finally, I found hardcore, the fastest, angriest, counter-bourgeois acoustic music ever devised; anti-bourgeois but also counter-bourgeois. While anti-to ensures a dialectical relationship to whatever is being opposed (and thus a conceptual relationship that is impossible to break – like blackness only existing as a relationship to whiteness), counter-to entails a parallel position independent to what is being opposed. Fast, as if time is compressed to the point of explosion, angry, masculine, and simple. This is music made to counter what is normal. This is music to be heard, felt, and understood, not bought and sold.

But that is just the music itself. The lyrics touch on the very issues I was so impressed with amongst the Romans, Ultras, skinheads, and fascists: danger, aggression, violence, great joy and frustration, quality, brotherhood, and of life stripped of its bourgeois inclinations. This is music that can be understood with Nietzsche, Julius Evola, and Sorel. It is the counter to Deleuzian clicks and cuts, not because it is precise or perfect – it is without question neither – but because it is highly personal and, for lack of a better word, Nietzschean. In his terms, hardcore is a transvaluation of the liberal bourgeois form of life. The weakness, journalistic witnessing-without-doing, smallness, cowardice, and triumph of comfort and leisure of liberalism are countered like this:

How can you live afraid to face the day?

This world will find a way to fuck you anyway

How can you live afraid to fucking fight?

I’d rather die than be a coward all my life

How can you live with fear inside your heart?

It eats away at you you’ll lose the game

How can you live with that feeling deep inside?

There is nowhere to hide

How can you live with yourself?

I’ll fight for my brothers

I’ll die for my family

I’ll fight for my brothers

I’ll die for my family

And you must admit

Won’t live in fear of the world

There’s no excuse stand up and fight

My friends my family would die for me

They would die for me!