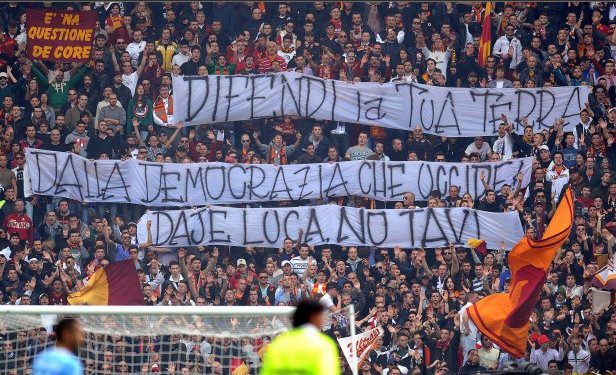 RECENTLY PUBLISHED: “The Ultras, the State, and the Legitimacy of Violence,” in Urban Anthropology and Studies of Cultural Systems and World Economic Development (Volume 41, number 1 – Spring 2012).

If you only read one article on the Ultras and youth political extremism, read this one. In it I present, not only a coherent and balanced understanding of the Ultra phenomenon, but also a radical methodology for understanding the relationship between the bourgeois individual, ethics against interpersonal violence, and the legitimacy of state violence. Moving beyond the terms of hooliganism, neofascism, and youth rebellion, I make it clear that the Ultras, and groups like them, are far more than bourgeois subcultures of ‘misdirected youth’ but instead are actors in a life and death movement against cultural destruction and diminution of local sovereignty.

ABSTRACT: The 2007 deaths of Filippo Raciti and Gabriele Sandri brought to light many elements of the Ultras, the organized fans associated with Italian professional soccer teams: their worldview; violence; and relationship with the state, soccer, and business of soccer. In this paper, I explain the relationship between the Ultras and the state. The Italian state is fighting a war with the Ultras over the right to the legitimate use of violence within its territory. The paper demonstrates how the media disseminates a bourgeois political meta-language that includes not only narratives of self but also the ability to define good and bad, victim and aggressor. It explains how the state reduces the lives of citizens to “subjecthood” by demanding the affirmation of its model of inclusion and exclusion, aligning the interests of the individual with the state. Conversely, AS Roma’s Ultras are presented as the inhabitants of a “derelict space” in which bourgeois morality and ethic against violence are acted against. While the purpose of state violence is to protect not only the state’s monopoly of legitimacy, but also the business interests of soccer, Ultra violence is associated with a space beyond the hegemonic force of the bourgeois form of life.